A critical component that determines an algorithm’s success in sourcing liquidity is how it rebalances—or decides which venues to route to based on where it already sent orders and received fills. Many algorithms claim to "intelligently" source liquidity but still rely on static previous-fills heatmap data. However, if you use a genuinely dynamic Liquidity Awareness Signal, it's possible to achieve a nearly 500% improvement in hit rates for midpoint orders*.

In a previous blog post, we outlined the attributes you should look for in an algorithm's rebalancing logic and demonstrated that prior performance does not necessarily predict future results. Not all venues or order types behave the same, so relying on one-size-fits-all previous fills as the only input might, in fact, harm overall fill rates. We also discussed a quantitative research project undertaken to better understand market conditions, venue microstructure, and symbol liquidity throughout the day. Those results showed that the rate at which liquidity decays—or how fast liquidity is exhausted—varies dramatically across venues and order types. Thus, you risk missing out on liquidity capture if rebalance logic does not factor in various venues' liquidity dynamics.

We used this decay rate research and took it a step (well, several steps) further to build out our proprietary Liquidity Awareness Signal, which was developed based on two years of R & D and AI/machine learning principles. It uses prior trading activity to calculate the probability of a venue having liquidity to actively manage how to optimally rebalance. It is calibrated by venue and order type, allowing it to calculate expected hit rates and rates of liquidity decay over time on a venue/order-specific basis.

We enabled the Liquidity Awareness Signal in some of our configurations, and the post-trade results* show: 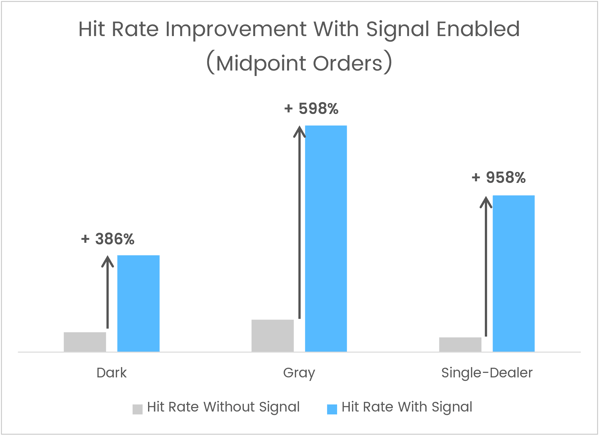 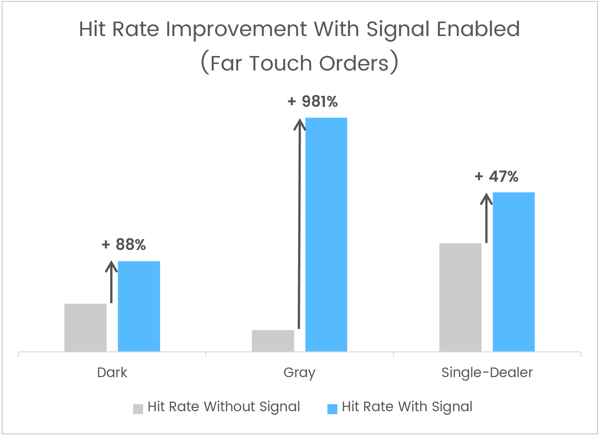 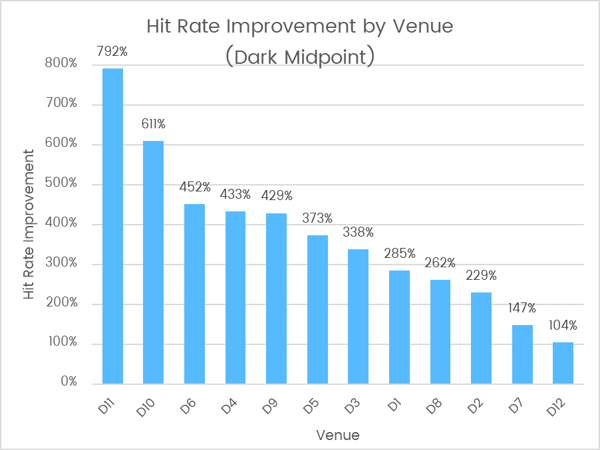 Overall, this liquidity awareness approach may better predict where to route to find liquidity than either static heatmap ranking or market share-based ranking. The Liquidity Awareness Signal allows those who utilize Clearpool’s algorithmic infrastructure to dynamically and successfully rebalance, as demonstrated by these liquidity capture statistics. We encourage our users to enable the Liquidity Awareness Signal in their own strategies and run A/B tests to systematically measure the outcomes.

*Based on child order data from 6/29/20 - 8/14/20 across Clearpool’s Balanced and Explicit configurations and an A/B test. The signal impacted ~20% of midpoint IOC order placements and ~40% of IOC far-touch order placements.