Observations After a Halt

For the first time in 20 years, we witnessed a Level 1 cross-market trading halt on March 9, 2020. It was followed by three more days where the Level 1 market-wide circuit breakers (MWCB) were triggered and the markets halted due to significant market declines with the potential of exhausting market liquidity.

Market-wide circuit breakers are, in effect, a cross-market pause to allow the markets the opportunity to reset from extraordinary market volatility.  A cross-market trading halt can be triggered at 3 Levels.

In this blog post, we analyzed volumes and price movements of the S&P 500 and made the following observations on the below MWCB days.

* It is possible that post-halt opens are marked as openings, not re-openings, if the stock did not open before the halt.

We observed fairly low participation rates in the re-opening auctions, which likely has a direct impact on the effectiveness of the auction’s function of price discovery.

Observation 2: Volume After the Re-Opening Increased

Measuring 5-minute intervals pre and post triggering of the MWCB, we observed increased volumes after the halt was lifted. 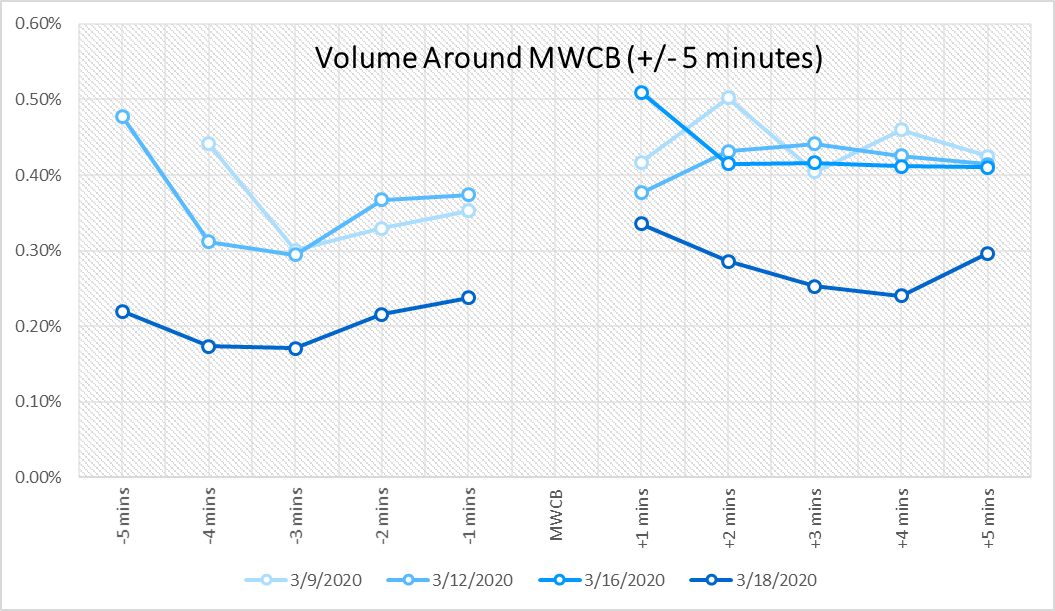 Observation 3: VWAPs are Likely to Miss 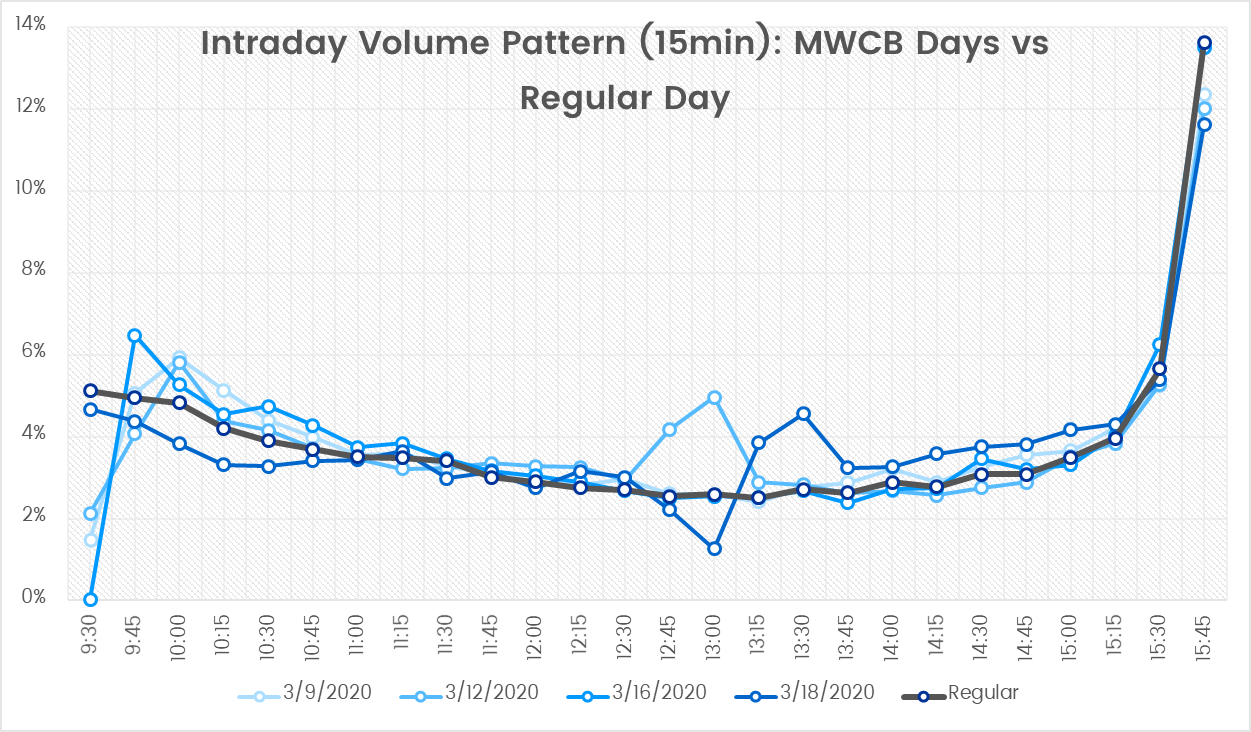 While it took 20 years to trigger the MWCB, in those few short days, there were several learnings to ensure we are more prepared the next time it happens. We are not the only ones taking the time to reflect. A recent WSJ article, Wall Street Explores Changes to Circuit Breakers After Coronavirus Crash, states that a few financial firms are reviewing how circuit breakers worked during the sell-off and are identifying possible improvements to the SEC.

We plan to continue to monitor the potential impact of any recommendations and use these findings to make improvements to our algorithms.